Quote of AWESOMENESS: “Skill in photography is acquired by practice and not purchase.” – Percy W. Harris

Photography is a pretty cool skill to add to your skill set. For sure. However easy it is to shift that mode dial on your camera to Auto, I find it better that one would know how to adjust one’s camera settings to ones liking. TODAY, I shall teach you the knowledge that has been passed down to me about the specs of a camera. Let’s get to it 🙂

First, here’s a visual for you to get a gist of the parts of your camera:

A basic element of any photograph taken would be the exposure. It is also a very crucial and critical element as it determines the final product of your image. Exposure is how much light you the shot you took was exposed to, its a key component to how bright or dark the pictures you take appear. When the shot you took has too much light, resulting in an overly bright image, this is known as an overexposed image. Whereas when your image doesn’t have enough light, resulting in an image too dark, this is known as an underexposed image. Your camera exposure is pretty similar to your eye:

There are three essential adjustable elements that control the exposure. We will be diving more into them in a bit. These are the: ISO, Aperture, and Shutter Speed.

The ISO, Aperture, and Shutter Speed don’t only affect exposure but also are the biggest influence as to what the overall appearance of one’s image is. The mastery of these settings is highly important to achieve the desired result. The balance of all three is what will lead you to the success of what you want to capture.

Aperture: affects the depth of field and light

The Aperture is the hole inside the lens which light passes through. If you compare this to your eye, the aperture would basically be the “pupil” of your lens. When you make the aperture wider, you are allowing more light in and vice versa, just like how your eye operates. 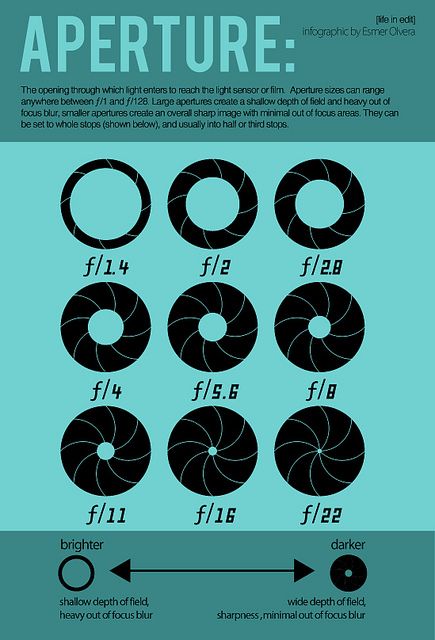 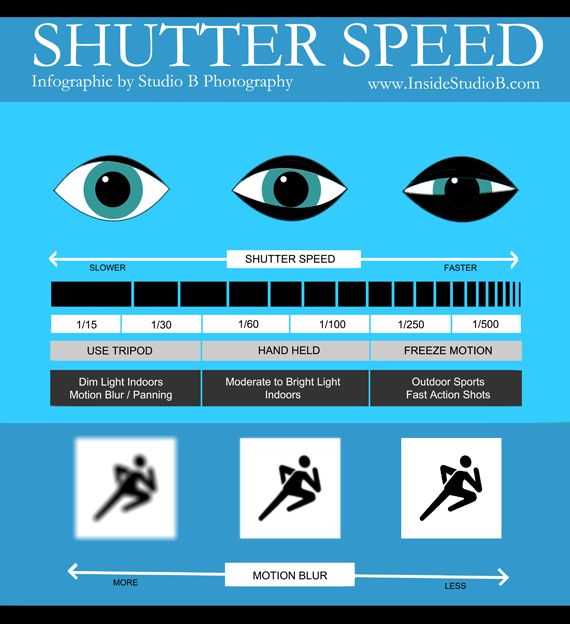 The ISO speed describes the sensor’s sensitivity to light. The higher the number the ISO you give, the less light it needs for correct exposure. There will be more noise or grain in your image as the ISO number goes up.

Shutter – speed control: moving objects will be shown sharp, blurred, frozen in mid-motion in a range of options from a lot to a little bit. The faster the shutter speed, the shaper the moving object will appear.

Aperture control: Changing the aperture is one way to control the sharpness. The smaller the aperture, the more of the picture that will be sharp.