A simple explanation of bitcoin (or at least a peak of it), is that it is a currency just like dollars, pounds, pesos, euros but instead is cryptocurrency. In case you still don’t properly  It’s much faster and cheaper if you want to send payments across the globe when compared to banks. And, even if you don’t have a bank account, you can still send money to someone else through your phone or computer. Also, Bitcoin is a decentralized network meaning that it has no middle-men.

A speed through the timeline of BTC.

[Well, the time wasn’t that long ago…]

Some guy with a pseudonym of Satoshi Nakamoto was working on the idea of Bitcoin. This same guy is now a legend and you will soon find out why. Satoshi is supposedly living in Japan but no one really knows much about him. The identity or identities(?) of Bitcoin is actually on of the Internet’s great mysteries.

A whitepaper or patent application was then released by three men: Neal Kin, Vladimir Oksman, and Charles Bry. But, when asked about any connections with Nakamoto they all denied. The patent had details of what would be regarded as the first modern cryptocurrency with the idea combination concept of: decentralization, perfect anonymity, finite supply and blockchain technology (Stark).

They made a website for Bitcoin which you could find by searching Bitcoin.org on your browser. Their domain for this website was registered under anonymousspeech.com which allowed them to register an anonymous domain name. Their site even accepts Bitcoins. And, according to their welcome page:

“Bitcoin uses peer-to-peer technology to operate with no central authority or banks; managing transactions and the issuing of bitcoins is carried out collectively by the network. Bitcoin is open-source; its design is public, nobody owns or controls Bitcoin and everyone can take part. Through many of its unique properties, Bitcoin allows exciting uses that could not be covered by any previous payment system.”

The Version 0.1 of Bitcoin was finally released!!

This was the day that the first Bitcoin transaction occured.

The exchange rate was establish by the New Liberty Standard. The value was US$1 = 1,309.03 BTC. Can you imagine if you bought one bitcoin back then you would have earned a lot from that much stocks built up.

Remember the patent of encryption that Neal Kin, Vladimir Oksman, and Charles Bry filed on August 15, 2008 was published.

The first real world transaction was believed to be spent on two pizzas by Laszlo Hanyecz, a Florida Programmer in Jacksonville, for 10,000 Bitcoins. At the time, 10,000 bitcoin was only US$25.

Slashdot which seems to be “News for nerds, stuff that matters” mentioned Bitcoin v0.3 which helped in bring in a huge surge of new Bitcoin users!

The price of 10,000 BTC was now equal to US$600. Also, throughout the months of July onwards, BTC was progressing a lot.

Anyways, in 2010, Bitcoin was already getting it’s picture as a “proper currency” when merchants like Expedia, Microsoft and WordPress started accepting it as payment.

Did you know that in 2014, Bitcoin was said to be the worst cryptocurrency? It was because one Bitcoin was US$770  and then dropped down its worth down to US$330. Apparently, even the Russian rouble had a better performance than Bitcoin only dropping 45% against in the dollar but Bitcoin declined 60%!

Now, speeding up to 2017, Bitcoin is preferred as a preferred mode of currency.  Many netizens and other people believe that Bitcoin is a stable and trusted currency compared to most.

There are many countries and territory where Bitcoin is legal. The three main countries that have the largest market of Bitcoin are: China, Japan and the United States. Did you know that Japan just recently overtook the States and became the second largest bitcoin market…… in the world. Japan has even made a way to allow citizens to pay for their utility bills with Bitcoin. They (Japan) even passed a law that makes Bitcoin a legal form of online payment (Scott).

Did you know that the…..

Payment cards are king in the United States, and bank ATMs can be found on virtually every block. Anyone who owns a Bitcoin debit card can easily survive on Bitcoin top-ups in the US without too many problems. Unfortunately, it is not that easy to obtain a Bitcoin debit card in the US. However, gift card purchases through Bitcoin are another option worth exploring.

As with the US, residents of the UK have a rather easy time to surviving on Bitcoin. Moreover, the Europeans have easier access to Bitcoin-to-wire transfer services as well. Plus, the number of gift card stores accepting direct bitcoin payments continues to grow. Some platforms, even offer gift cards for everyday stores, including Tesco’s and Marks & Spencer.

You can find more countries that you can live on Bitcoin on The Merkle.

The Central Bank of Bangladesh issued a statement in September 2014 saying that the use any type of “decentralised cryptocurrency” like Bitcoin is punishable by law and can even get you 12 years in jail! The statement says that:

“Bitcoin is not a legal tender of any country. Any transaction through Bitcoin or any other crypto-currency is a punishable offence” 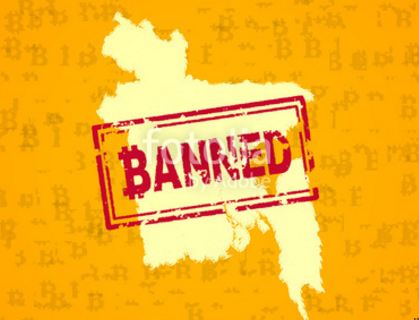 They say it’s slightly confusing because the statement issued in March 2014, by the Central Bank of Iceland states that

So, the mining in Iceland is legal.

To learn more about where Bitcoin is illegal, you can take a look at Bitcoin News.

Bill gates, the richest person in the world…..

Sir Richard Branson, an English businessman and investor who is the seventh richest citizen of the United Kingdom, with an estimated net worth of US$4.9 billion……

How to get your own Bitcoin

You should do more and more research so that you would be more confident when you do some invesment.

Choose your wallet. If you are in the Philippines, you could make your account for you wallet at coins.ph. You should also make your poloniex.com account where you keep your bitcoin and you can even see other cryptocurrency where you can invest in !