Plastic is being involved with something it shouldn’t be. It’s turned rice into something deadly, honestly, you could just call it toxic rice, same thing anyways. It’s so difficult to detect if plastic rice has been snuck into our real rice as it looks so real.

Yes, I know, dreadful. China had the mind to actually create plastic rice. We are already killing our animals

and when you expose certain kinds of plastics to the sun they release heavy metals which lead to hormonal imbalances!? Remember? But, no, for some reason China decided “hey, what if we start squashing these plastics and forming them in to rice looking things”. ~~~ EXPLODING MOMENT ~~~ This operation fake rice has been going on for 4 years and is still on the market. It’s like a deadly invisible person, or something.

A woman reported that her rice started melting and transforming into goo instead of the typical warm, steamed, hot and delicious real rice she expected. There was another incident when a woman was videoing herself cooking vermicelli, a kind of long pasta made with rice, for her workmates but, unfortunately, something terrible happened. Her vermicelli started melting together and sticking like marsh mellows heated, she petrified and very angry with the discovery of mixed in plastics with her food. An important detail, they label the rice (made with plastic) Wuchang rice. But, they are slowly starting to spread it around with real rice.

If you just see how these fake rice are from, you’ll be disgusted. Various sizes of plastics are stuffed into this small squarish hole which crushes the plastic and poops out long strings of so  – called “rice” which they then cut in to groups and squish into another hole and the result is rice which is possibly impossible to identify it with real rice. But, we can’t 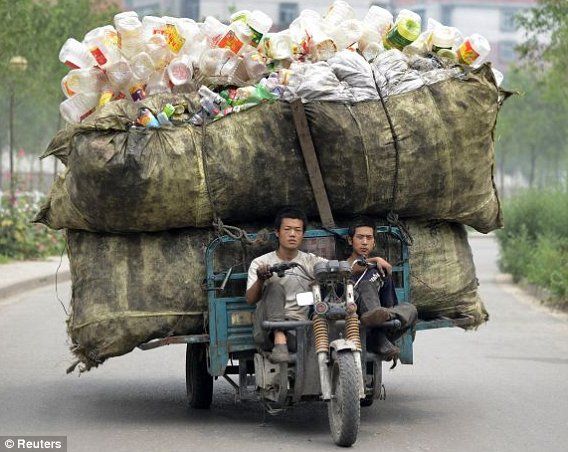 let fake rice be representing the whole of China. China is a huge city counted in as one of the top high tech cities in the world. The person who thought of the idea of creating this isn’t looking for solutions but just trying to make money. With the type of technology that China holds it gives me a feeling they could solve big world problems, they just have to try harder. And, after all, China produces about a third of plastic waste polluting which ends up either being burned or thrown to sea. I guess with all the chaos now with “where do we put plastics?”, “how can we recycle them?”, “it takes more than 700 years to decompose plastic”, an idea emerged. But, honestly, it’s the worst idea. Lives (a lot of lives) are put on the line.

We have just got to understand and know that how much we squish and break down plastics its still won’t be possible to digest. Plastic stay plastic, no matter how much you stomp on it. If you’ve read my blog on the plastic problem then perhaps you would remember that plastic gets stuck inside animals stomach and stays there until the animal starves to death. They starve because they don’t feel hungry as the plastic stays in their stomach deceiving them and making the animal think they are no longer hungry until they die. How about us?! How do we get affected?!?!?

According to Natural News, we are affected by:

“Eating just three bowls of this fake “Wuchang rice” is thought to be the same as consuming an entire plastic bag, causing serious and even fatal digestive issues, especially if consumed daily as is often the case.

In fact, most people in China consume over half a pound of rice every single day, and recent health controversies have brought into light the question of whether or not it is safe to use plastic packaging in the food industry – let alone eat plastic rice!

Research has found potentially serious health risks associated with bisphenol A and a class of chemicals called phthalates, commonly found in plastics. Bisphenol A has the ability to disrupt the functions of our hormones, particularly estrogen. It has been linked to effects on reproductive development in several animal studies.”

Just so you know, Wuchang Rice is what they call their plastic rice. You might not have heard of estrogen but here are what they can do if you mess with them:

If you make your estrogen levels low, here is what happens:

Did you know that alibaba sells the machine to make this?  Below is the link:

This machine, ranging from $2000 to $37,900, is used to make artificial rice and sold at alibaba. But, this machine is shouldn’t be meant for making harmful or fake rice such as the ones made with plastic. This machine can be used to make artifical rice made with sweet potatoes and other human consumable product. But, there’s a huge possibility that they use this kind of machine to create plasticised rice.

Also, I found at Quora, eating plastic in general is a bad idea, melted or not. Small particles could get caught up in your intestinal track, disturbing your digestion and releasing toxic chemicals due to interaction with bile and stomach acid.

“This ‘plastic rice’ is made by forming potatoes and sweet potatoes into rice-like shape, then adding industrial synthetic resins,” said a food expert. “Since the rice is different from normal rice, it is hard like stone even when cooked. Moreover, the synthetic resin in it is very harmful to the human body.”

Now that you are aware of the dangers that lie with eating fake / plastic rice, let’s get on to the solutions and how can we avoid eating this type of rice:

Be careful with what you eat everyone!